Very early in my library teaching career, I created a lot of handouts. Lots. Oodles. Bunches. Boatloads. I think it was kind of a security blanket: If I don’t teach everyone everything they could ever need to know then at least they will have this handout to guide them from now until eternity!

More often than not, my handouts ended up in the recycling bin.

I rarely create them now, but every once in a while, a professor will ask for a takeaway for her/his students, so I’ll whip up a quick black-and-white handout. This tends to happen more often in Psychology, whose professors use a lot of PowerPoint to teach and often give students copies of their slides. The students are quite used to having papers/files of documents that they can refer to later.

The problem: I want my instructional handouts to look cute, but I want them easily reproduced (and readable) on a black and white printer.

The solution: A few graphic elements, an interesting but readable font, and thoughtful alignment in a Microsoft Word doc.

Here’s an example of a handout I created for an Intro to Psychology class, which I distributed at the end of a class on primary and secondary literature in the discipline. 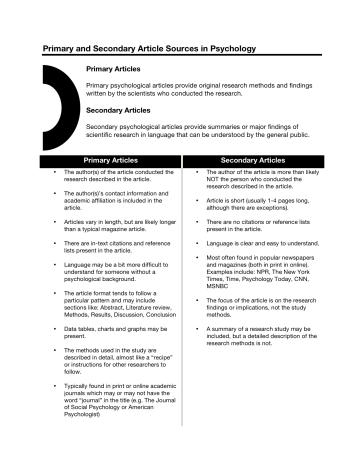 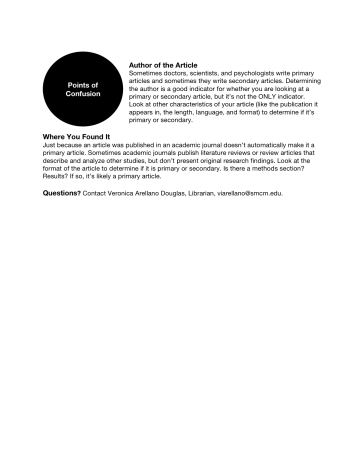 It’s by no means perfect, but it’s a nice takeaway for students who maybe didn’t get into the class activity or learn better when they read. I’ve posted the original on the Librarian Design Share Google Drive for you to adapt.

Instruction Coordinator at the University of Houston Libraries